The great Trump book dump has happened: Here’s what we learned 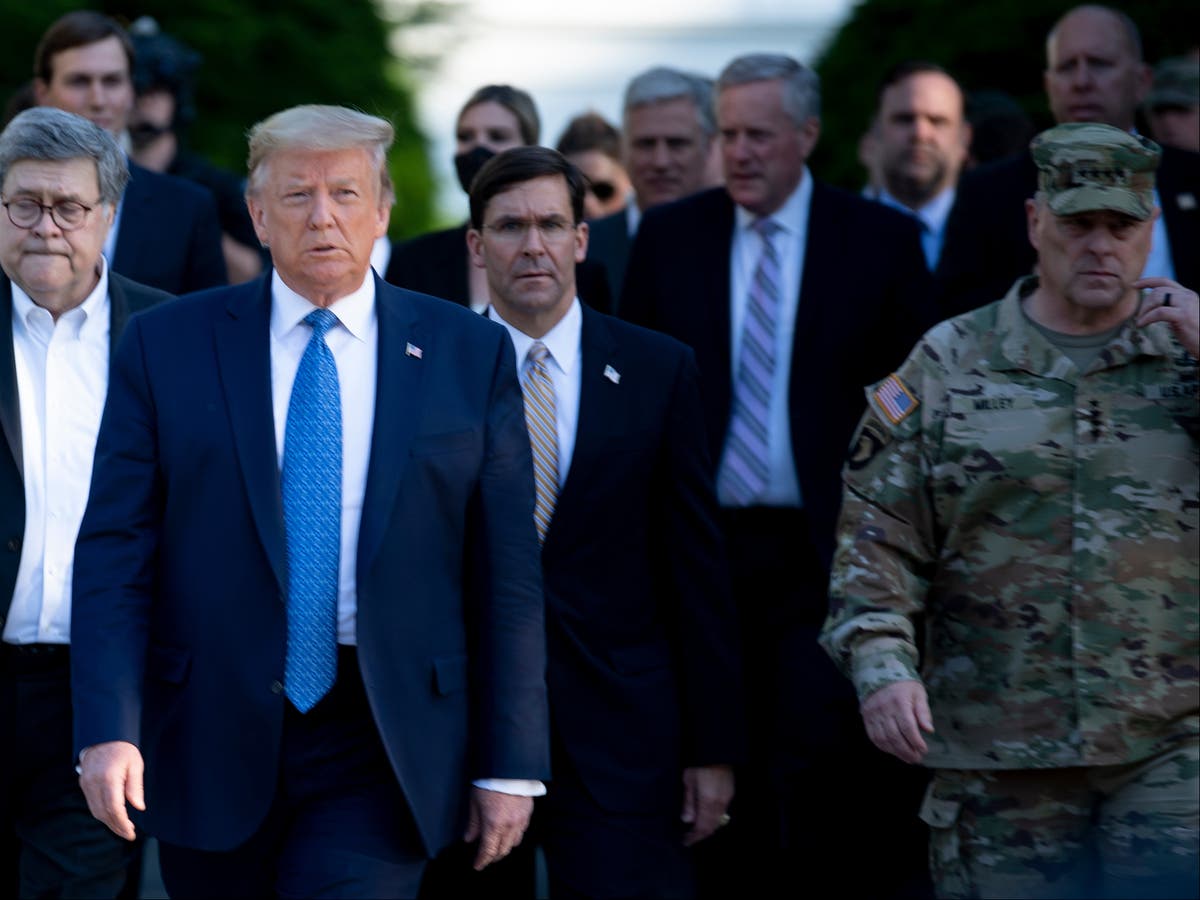 Six months into President Joe Biden’s first term in office and former President Donald Trump is still dominating the headlines, a phenomenon that only gained steam this week as three books reporting on the final turbulent months of the Trump administration are hitting shelves.

The latest offerings come in the form of books from The Wall Street Journal’s Michael Bender, journalists Carol Leonnig and Phillip Rucker of The Washington Post; as well as author Michael Wolff, whose previous accounts of the Trump White House have faced criticism over some inaccuracies pointed out within.

In all, the three tomes have painted a chaotic view of the 45th president’s last year in office, while providing an illuminating look into the mindset of a man who, coming up on a year after his election defeat, has yet to even acknowledge that he lost.

The books also provide an interesting look into which of his formerly closest allies and advisers chose to abandon their former boss amid his increasingly bewildering claims about the 2020 election, and the plans some had made to respond in the event he refused to leave office.

Here’s some of the most interesting revelations and juiciest tidbits brought to light by the latest Trump dump:

In excerpts of Mr Rucker and Ms Leonnig’s book first published in CNN, the authors describe how Gen Mark Milley, chairman of the Joint Chiefs of Staff, spoke to other defence officials about what to do if Mr Trump made an illegal order to the military in the days following his defeat.

Those discussions involved what they would do in the event that Mr Trump ordered them to help him stay in the White House, according to the journalists.

Gen Milley remains the top US general to this day.

2. Rudy Giuliani was in on the ‘Big Lie’ from the beginning

There has been endless debate as to how much individual pushers of the former president’s false claim that the 2020 election was stolen bear responsibility for its continued persistence, but in the excerpts of Ms Leonnig and Mr Rucker’s book, former New York City Mayor Rudy Giuliani is at the center of it from the very start.

As election results were still coming in on election night and states including Michigan, Arizona, Georgia and Pennsylvania remained too close to call, Mr Giuliani was ready to make a bold, public assertion that wasn’t true, much to the chagrin of other Trump campaign advisors.

“Just say we won,” Mr Giuliani reportedly told campaign manager Bill Stepien and Mark Meadows, the White House chief of staff, of the results in Michigan. Meadows turned him down.

When the focus turned to Arizona, which Mr Trump also lost, Mr Giuliani said it was time to just call the whole contest in his boss’ favour, despite no evidence pointing to that being the case.

The mayor-turned-personal-attorney’s willingness to make such declarations, traditionally made by the news media once one candidate appears unable to win in a state and verified by that state’s election officials once all the votes are counted, foreshadowed months of Mr Giuliani’s efforts to push Mr Trump’s “Big Lie” about the 2020 election.

His efforts were rewarded with suspensions from practicing law in New York and Washington DC.

3. Had he won, Mr Trump’s second term would have been more chaotic than the first

While much of the books focus on what happened during the president’s last months in office, a few brief glimpses emerge of what he planned to do should voters have returned him to the White House.

Yet more excerpts of Ms Leonnig and Mr Rucker’s book, published in the Post, show that Mr Trump was prepared to reshape America’s military presence around the world far more than he did when he began the process of withdrawing the US from Afghanistan.

NATO, a frequent target of Mr Trump’s ire due to concerns that other members do not adequately contribute to the alliance, was to be exited during Mr Trump’s second term, a move that would have massive implications for the power balance in Europe, where Ukraine and other countries are hoping for the decades-old alliance’s protection against Russian aggression.

South Korea, which hosts a large number of US troops as part of the country’s defence against the North and the US’ efforts to maintain a presence near China, was also to see a pullback of US troops under a second Trump term.

“Yeah, the second term,” Mr Trump reportedly said of making both moves, in conversations to aides reported by Mr Rucker and Ms Leonnig. “We’ll do it in the second term.”

Another shocking piece of news unrelated to the final days of Mr Trump’s campaign, presidency, and legal efforts to keep the latter going was the revelation from the Journal’s Mr Bender that Mr Trump praised Adolf Hitler, the genocidal Nazi German dictator, during a private conversation with his chief of staff.

Excerpts of Frankly, We Did Win This Election published in The Guardian described a jaw-dropping moment when Mr Trump made the remarks, of all places, in Europe during a visit to the continent to mark the 100-year anniversary of World War I’s ending.

During an effort by Mr Kelly to educate Mr Trump about the horrors inflicted on Europe by the Nazis, Mr Trump allegedly pushed back with arguments about Germany’s economic recovery.

“Kelly pushed back again,” wrote Mr Bender, according to The Guardian, “and argued that the German people would have been better off poor than subjected to the Nazi genocide.”

A spokeswoman for Mr Trump fiercely denied that the former president had made this statement, and referred to Mr Kelly as “a general who was incompetent and was fired”, echoing claims the White House has made about multiple former staffers and officials who have revealed politically-inconvenient information about the president following their exit from the administration.

5. The former president was furious with the unprofessional appearance of his legal team

Whether it was the bizarre claims about interference from the long-dead Hugo Chavez of Venezuela, Mr Giuliani’s bizarre and increasingly unhinged public appearances, or even more minor details picked up by the press, Mr Trump was disgusted with the public perception of the team chosen to defend his claims about election fraud in court and before legislatures around the country.

Mr Wolff’s “Landslide” opens with an anecdote about Mr Trump discovering the poorly-written, typo laden legal brief filed by his top impeachment lawyer, Bruce Castor, which was marred by embarrassing mistakes (“United States was spelled wrong, among other gaffes), and throwing a fit.

“What is f***ing wrong with these people?!” the former president exclaimed. “They can’t hit spell-check?”

Turning on Mr Castor, his lead lawyer, he bellowed: “Fix it! Now!”

Elsewhere in the same book, Mr Trump’s reaction to Sidney Powell, his former legal representative, was acrid after she suggested that software from Venezuela’s socialists had somehow been used in Mr Biden’s favor: “[T]hey’re killing Signey in the press for what she’s saying”, he said, which he characterized as “crazy s**t”.

Even Mr Giuliani, one of Mr Trump’s closest friends and advisors, was not spared after he gave a press conference alongside Ms Powell with black hair dye oozing down his scalp and forehead: “What’s going on with this s*** dripping off his face?”