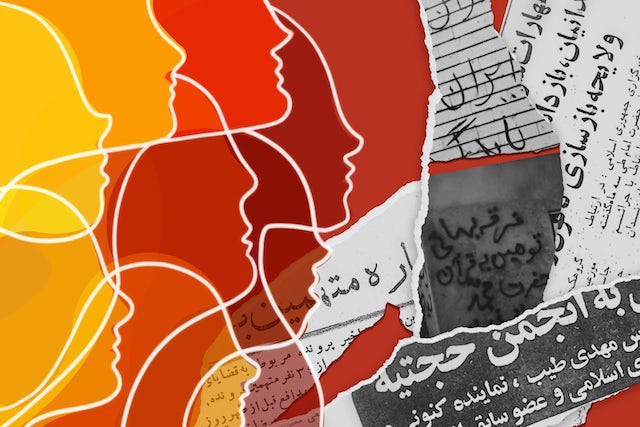 BIC GENEVA — In recent months, the Iranian government’s decades-long campaign of hate speech and propaganda against the Bahá’ís in Iran has reached new levels, increasing in both sophistication and scale. The unfolding strategy to demonize the Bahá’í community is reflected in a growing and coordinated network of hundreds of websites, Instagram accounts, Telegram channels, and Clubhouse rooms.

“History is replete with the victims of grievous crimes incited by hate speech,” says Diane Ala’i, Representative of the Bahá’í International Community (BIC) to the United Nations in Geneva. “We are concerned that the increasing spread of disinformation targeting the Bahá’ís may signal a severe increase in the persecution meted out against them.”

Government officials, human rights activists, religious figures, and other prominent people are raising alarm about the intensification of the state-sponsored anti-Bahá’í propaganda, as history shows that flagrant violations of human rights often take place in a climate of hate and disinformation.

Canadian Member of Parliament Kerry Diotte states: “I wanted to join the chorus of many people in the world who are concerned about the persecution of people of the Bahá’í Faith in Iran. Religious freedom is one of the most basic elements of civilization. This religious persecution of the Bahá’í must stop.”

The CIJA, which represents hundreds of thousands of Jewish Canadians across Canada, issued a statement expressing grave concern about the latest developments in Iran. “As Jews, we understand the deadly consequences of a relentless repetition of falsehoods and myths against an entire community. Left unchecked, the Iranian regime’s indoctrination will instill a belief that Bahá’ís are outsiders in their own land, who deserve to be discriminated against and even subjected to violence.

“This must stop. Canada must play a role in holding Iran to account for the countless human rights violations it commits against the Bahá’ís with impunity.”

In the United States, a congressional human rights commission has invited a representative of the Bahá’í community to testify about the status of the Bahá’ís in Iran at a hearing today.

Nadine Maenza, Chair of the US Commission on International Religious Freedom (USCIRF), says, “We are dismayed by news that Iran has expanded anti-Bahá’í incitement in state-sponsored media. Iran must guarantee Bahá’ís and other religious minorities in Iran freedom of religion or belief.”

by the US Commission on International Religious Freedom (USCIRF).

Rev. Dr. Patrick McInerney, director of the Catholic Columban Centre for Christian-Muslim Relations in Sydney, Australia, says, “I deplore the recent escalation of hate speech and incitement to hatred against Bahá’ís and their religion in Iran. Don’t let history repeat itself. Stop hate propaganda against the Bahá’ís. In place of hate, let there be respect, compassion, and love.”

Spreading falsehoods has been a central weapon in the Iranian government’s assault against the Bahá’ís since the 1979 Islamic Revolution. The goal is to demonize the Bahá’ís and to try to provoke public hatred for the community, thus justifying crimes against them, a very common tactic used by oppressive governments throughout history.

Despite this vile and ongoing campaign, the Bahá’ís in Iran have neither the right to legally appeal against these statements nor are they permitted to respond and present their own case to their fellow citizens in any of the country’s media, all of which are government controlled.

of The Bahá’ís of Iran website has been set up to provide credible information from independent sources in an effort to respond to baseless accusations and misinformation produced by the machinery of propaganda targeting the Bahá’ís.

A new microsite of The Bahá’ís of Iran website called Raasti (Truth) has been set up to provide accurate information, including from independent sources, in an effort to respond to baseless accusations and misinformation produced by the machinery of propaganda targeting the Bahá’ís in Iran.

A video released yesterday by the BIC calls on people to join the global outcry over the persecution of the Bahá’ís in Iran, launching the hashtag #StopHatePropaganda on Twitter.