This week, Ukrainian Prime Minister Denis Shmygal announced his readiness to file a lawsuit against Gazprom for refusing to transit gas. “In case of non-fulfillment of the contract, we will again go to arbitration and will again” overpower, “Shmygal said. Gazprom worth $ 12.2 billion.

As they say, this has never happened – and here it is again! Why all of a sudden not the last people in Ukraine were excited about possible disputes over a transit gas contract, which Gazprom is scrupulously fulfilling, we can only guess. Perhaps this is an attempt to feed fellow citizens at least some kind of “win” against the growth of energy tariffs, with the lost war against the completion of Nord Stream 2, etc.

But it is not worth completely dismissing the possible prospects of new disputes. Last time, Naftogaz’s position in the dispute with Gazprom seemed to be unambiguously losing. But in the end it was not even Naftogaz itself that won. The collective West won, whose “impartial” justice gave victory to Naftogaz, eventually forcing Russia to participate in the maintenance of Ukraine. It seems that it is not worthwhile to completely rule out the West’s attempt to turn this trick a second time – through arbitration or in another way.

Today, Gazprom is transporting gas through the Ukrainian gas transmission system (GTS) to Europe in accordance with a transit contract dated December 2019, which is valid until the end of 2024. This contract was concluded on the “pump or pay” principle: Gazprom pledged to pump at least 60 billion cubic meters of gas in 2020 and at least 40 billion cubic meters each in the next four years. In the case of smaller volumes of pumping, he is still obliged to pay the minimum contract volume.

This contract is inherently enslaving for Gazprom. The “download or pay” principle is mainly applied in countries with Anglo-Saxon law. In Europe, however, it is practically not used. The same “Gazprom” pumps gas through the Yamal-Europe pipeline through Poland without any long-term contract, simply by booking the required volumes. The Polish side, for the money received, ensures the operability of the pipeline and the actual gas pumping.

Ukraine received a privileged contract. And it is worth recalling: in the appendage – almost three billion dollars in a fine, which was sucked out of the finger by the Stockholm arbitration. Indeed, the previous contract between Gazprom and Naftogaz (both on the purchase and on the transit) directly indicated the take-or-pay principle and Naftogaz’s responsibility for incomplete selection of the minimum volume. While the “download or pay” principle was not established – and, of course, there was no responsibility for not pumping any volumes. However, it was enough for the arbitration to mention in the contract the approximate volumes that Gazprom was going to transport.

Last year, Gazprom pumped less than 56 billion cubic meters through Ukraine under a new contract, but paid for the entire 60 billion. And he paid not even at the minimum price, which is provided precisely for the minimum pumping volumes. The special Jesuitism of the transit agreement lies in the fact that the minimum volume of pumping in it is also distributed by day. It turned out that in the first half of the year Gazprom did not choose the minimum volume, but paid for it. And in the second, he often supplied gas more than the minimum and paid additionally for exceeding the minimum supply, and at a higher price.

This year “Gazprom” transits a little more than the established minimum. If the current delivery schedule is observed, the transit volume should reach 43 billion cubic meters by the end of the year. But, most likely, it will be 46-47 billion.

However, there is never too much good, so in Ukraine today there are demands to extend the onerous contract for another ten years. In parallel, a delegation led by Yuri Vitrenko, chairman of the board of Naftogaz, is now in the United States, trying through Congress to achieve the restoration of sanctions against the SP-2 operator and other sanctions that will block the operation of the pipeline after its completion.

In Kiev, at this very moment, they suddenly announce a possible trial with Gazprom over non-fulfillment of the contract. At the same time, it is clear that non-fulfillment of the contract will only be a simultaneous refusal to pump gas through Ukraine and pay for the minimum volume of pumping. No one has ever even stuttered about the possibility of something in Gazprom.

In addition, an interesting amount of claims is announced – $ 7.2 billion. In fact, this is the sum of all transit payments made by Gazprom for five years when transporting the minimum agreed volumes of gas.

A year and a half out of these five years has passed, and calculations have already taken place on them. For the remaining 3.5 years, Gazprom is obliged to pay a minimum of 4.5 billion.

But that’s not all. Naftogaz is also trying to pull out of its sleeve a claim for $ 12.2 billion, which was withdrawn as part of the signing of a five-year transit contract in 2019 and Ukraine’s receipt of $ 3 billion by the decision of the Stockholm Abitrazh.

Let us recall what this is about. Even Ukrainian experts back in 2019 admitted that this lawsuit was a bluff aimed at forcing Gazprom to conclude a transit contract. The logic of this lawsuit was as follows: if Russia does not pump a sufficient volume of gas through the Ukrainian GTS, then Ukraine will have losses and a simple GTS. This will require money for the technical decommissioning of it. For all this, Gazprom must pay. And in some absolutely incredible volumes. It was a bluff or not a bluff, but when faced with the “impartiality” of the Swedish arbitrators, Gazprom probably took this idea of ​​their Ukrainian colleagues seriously. Another thing is how it is possible to raise an issue that has already been settled by the parties!

It’s time to remember how the citizens of Ukraine, in a single impulse for several years, were rooting for the “override” of Naftogaz over Gazprom in Stockholm. The point was not only the desire to wipe the nose of the “damned Muscovites” The then head of Naftogaz, Andriy Kobolev, with whom the current head Yuriy Vitrenko worked, directly promised the Ukrainians: in the event of a victory over Gazprom in Stockholm, gas prices for the population would be reduced. That is, he promised personal material benefits to everyone. In fact, personal material benefit (and considerable – in the amount of tens of millions of dollars) was really received – however, not by everyone, but only by Kobolev, Vitrenko and members of the Naftogaz board in the form of cash bonuses.

And at the same time, the government, which has dropped a three-billion dollar resource for development from the sky (Naftogaz transferred almost all of the received fine to the budget).

There is no doubt that Shmygal, Vitrenko and other comrades are going to “push” their fellow citizens in the same way this time too. But at the same time, the goals of forcing Russia to further participate in the maintenance of the state of Ukraine both for these comrades and for a number of “Western partners” are, of course, quite serious.

“We are against this project. The condition for its launch should be the liberation of our territories and the energy security of Ukraine. This is fair compensation for the threats,” Kuleba tweeted.

He noted that he raised this issue at the talks in Berlin.

Nord Stream 2 envisages the construction of two lines of a gas pipeline with a capacity of 55 billion cubic meters per year from the Russian coast through the Baltic Sea to Germany. The project is opposed by Ukraine, which fears to lose revenues from the transit of Russian gas, as well as the United States, which is actively promoting its liquefied natural gas to the European Union.

The construction of the gas pipeline is already nearing completion: the first string of Nord Stream 2 is being prepared for launch. The second branch is planned to be completed in one and a half to two months.

Russia has repeatedly stressed that the gas pipeline to Germany is a commercial project that has nothing to do with politics. Moscow recalled that the pipeline is beneficial to the European Union. Berlin, in turn, is in favor of completing the construction of Nord Stream 2 and rejects unilateral extraterritorial US sanctions. 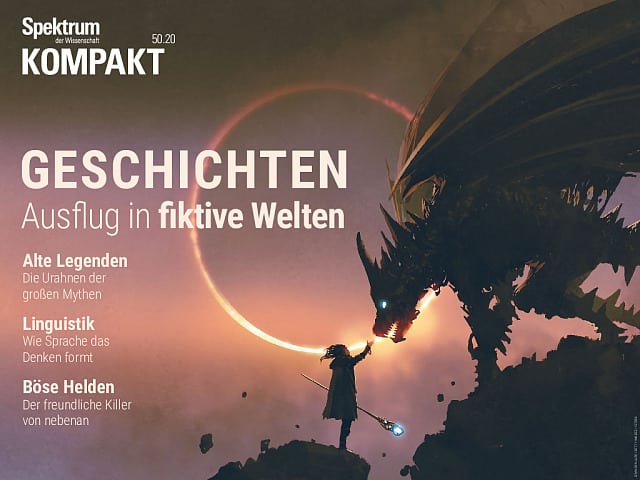 Review of the book “The Meeting of Science with Game of Thrones”
Faye Stephens 19 June 2021
© Copyright 2021. The European Times is a news provider trademark registered in Spain on behalf of FMVCS. FMVCS is a Madrid registered international non-profit Foundation, recognized with Special Consultative Status to the United Nations Economic and Social Council. Address: Calle Puerta de Abajo, 16, Oficina B, CP 28430 Alpedrete, Madrid.