The pools for the Tokyo 2020 Olympic rugby sevens competitions have been announced by World Rugby exactly one month ahead of the men’s final at Tokyo Stadium.

The 12 men’s and 12 women’s teams have been allocated to three pools of four teams, according to rankings based upon performances in the HSBC World Rugby Sevens Series and other World Rugby sanctioned tournaments over the past two years.

There are some mouth-watering encounters for fans around the globe to look forward to as rugby sevens makes its second appearance at the Olympic Games following an unforgettable debut in Rio.

The men’s competition sees three of the top four placed teams from the Rio 2016 Olympic Games together in Pool B as reigning Olympic champions Fiji will face silver medalists Great Britain and hosts Japan, who finished a very creditable fourth in Rio, along with Olympic debutants Canada who claimed bronze at the last HSBC World Rugby Sevens Series event, which took place in Vancouver last year.

Pool A sees a renewal of the mouth-watering antipodean rivalry between current Rugby World Cup Sevens and World Series champions New Zealand and Australia, who met in the final of the last Series event in Vancouver, with the All Blacks Sevens winning a tightly contested match 17-14. Joining them in Pool A are Argentina, who finished sixth in Rio, alongside Olympic debutants the Republic of Korea who qualified for Tokyo by winning the Asian qualification tournament with an extra-time ‘golden point’ try to overcome Hong Kong.

South Africa, bronze medalists in Rio, and USA are in Pool C having both achieved direct Olympic qualification by finishing in the top four of the HSBC World Rugby Sevens Series 2019, where the USA Eagles finished runners-up after reaching the medal podium in seven of the 10 Series rounds. Joining them are Kenya, who qualified courtesy of their first Rugby Africa men’s sevens title since 2015, and Olympic debutants Ireland, who secured the final spot thanks to a thrilling 28-19 victory over France in the World Rugby Sevens Repechage in Monaco earlier this month.

The women’s competition is equally fascinating with Pool C seeing hosts Japan grouped with Rio 2016 Olympic champions Australia alongside a powerful USA team, who qualified directly for Tokyo after finishing runners-up in the HSBC World Rugby Sevens Series 2019, reaching the medal podium in five of the six rounds. The pool is completed by Olympic debutants China, who secured their place in Tokyo with an emphatic 33-0 victory over Hong Kong in the Asian qualifier final.

Pool B is the only pool without an Olympic debutant as Rio 2016 bronze medallists Canada are joined by France, Fiji and Brazil. France were in fine form as they swept all before them to qualify for Tokyo via the World Rugby Sevens Repechage in Monaco earlier this month. Brazil qualified for Tokyo thanks to a 28-15 victory over Colombia in the South American qualifier, while Rio 2016 quarter-finalists Fiji overcame Papua New Guinea to qualify from Oceania.

In Pool A, current Rugby World Cup Sevens and World Series title holders New Zealand will face the Russian Olympic Committee team, Great Britain and Kenya. New Zealand beat both Kenya and Great Britain on the way to claiming the silver medal at Rio 2016, while Russia ended the Black Fern’s record-equalling 37-match winning run on the Series with a 17-17 draw in Kitakyushu in April 2019. The Russian team secured their Olympic debut via this month’s Repechage.

Several teams have already announced their squads, including Canada, Japan and Great Britain’s men’s and women’s teams, and USA women.

Following a successful test event involving members of the Japan national teams in April, preparations are on track for a world-class tournament at Tokyo Stadium, which proved to be an excellent host venue during Rugby World Cup 2019.

To ensure teams are as best prepared as possible to perform on the greatest sporting stage of all, World Rugby has invested US$4 million into Olympic qualified unions’ sevens programmes and towards the costs of hosting a number of high-performance preparation events, the last of which took place in Los Angeles, USA, and Townsville, Australia, over the past weekend.

World Rugby Chief Executive Alan Gilpin said: “Today’s announcement marks a very exciting step on the road to Tokyo with less than a month to go until the players run out in Tokyo Stadium to compete on the Olympic stage.

“These will certainly be unique Olympic Games and we have been working very closely with the IOC, Tokyo 2020 and all other stakeholders towards delivering a safe, secure and highly impactful rugby sevens competition in Tokyo.

“Rugby sevens is a key priority for World Rugby and the inclusion of the sport for the first time in the Games at Rio 2016 had a profound effect, attracting an estimated 30 million new fans globally. With the recent launch of our new ‘This Is How We Sevens’ campaign we are confident millions more fans will engage with the thrilling, fast-paced and action-packed spectacle that is rugby sevens.

“As always, player welfare is at the heart of all our planning and we are confident that as it proved during Rugby World Cup 2019, Tokyo Stadium will be an excellent venue for the teams to inspire the world with their skill, athleticism, determination and the core rugby values of solidarity, integrity and respect.

“With the pools decided, we can now countdown the days and look forward what promises to be another memorable edition of Olympic rugby sevens.”

“We had a successful test event at Tokyo Stadium in April and we are confident that we have an excellent venue for the players so that they will be able to show their best performances to inspire the world and connect the world together once more.

“We are excited to welcome an international rugby tournament back to Japan and we hope rugby’s One Team Spirit will touch the hearts of people in Japan and in the world. I wish the very best of luck to all the 12 men’s and 12 women’s teams. Good luck to all the athletes and look forward to welcoming you all soon.”

Rugby sevens is expected to be one of the most highly anticipated events of the Tokyo Games, following the outstanding success of Rugby World Cup 2019 in Japan, which captured the nation’s imagination with record-breaking broadcast audiences and huge numbers of new rugby fans across Japan and Asia.

The men’s competition will take place from 26-28 July, with the women’s tournament following on 29-31 July with the gold medal match happening on ‘Super Saturday’. All the action will take place at Tokyo Stadium, which was the venue for the opening match of Rugby World Cup 2019.
Distributed by APO Group on behalf of World Rugby.
Notes to editors: Video messages from World Rugby Chief Executive Alan Gilpin and Sports Director for Tokyo 2020, Mikako Kotani, and social media graphics of the pools can be downloaded from the World Rugby Media Zone https://bit.ly/3A4iRQJ.

The Olympic seedings were determined by the combined points gained by teams in the HSBC World Rugby Sevens Series over the 2019 and 2020 seasons with the four teams that qualified directly to the Olympic Games from the 2019 Series seeded in the top four positions. These teams are Fiji, USA, New Zealand and South Africa for the men’s competition and New Zealand, USA, Canada and Australia for the women’s competition. 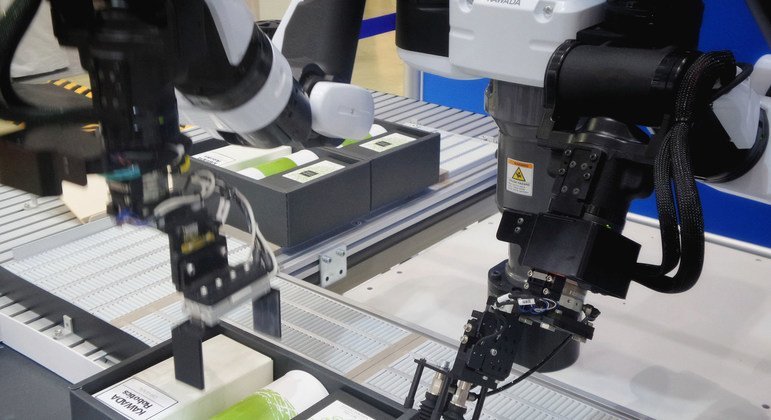