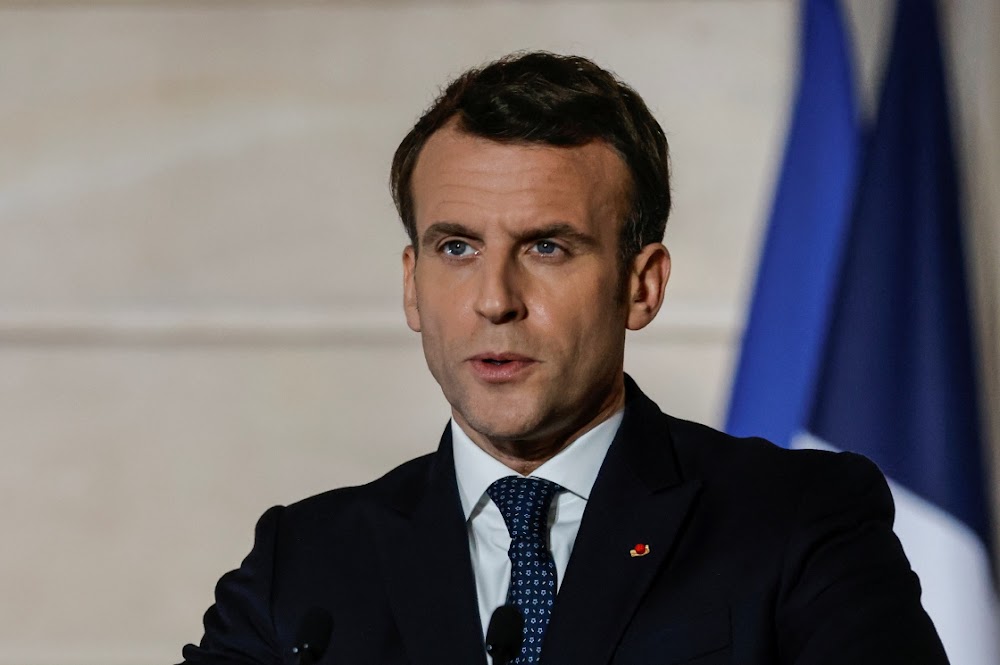 As the UK drifts further away from Europe, one of French President Emmanuel Macron’s closest aides wants to convince people in Britain and France that the EU is always the best option.

That involves championing cities such as Frankfurt, Amsterdam and, most of all, Paris as they try to seize as many of the jobs leaving the UK as possible.

So far, the predicted flood of financial jobs has not materialised, though some banks have made a move. “We can do better,” Clement Beaune, junior minister for EU affairs, said in an interview on Wednesday. “It’s not over.”

For Macron and Beaune, the president’s trusted lieutenant for nearly a decade, exploiting Brexit is not just about boosting the French economy. It is about demonstrating to voters the benefits and strengths of the EU at a key moment.

The French leader is gearing up for a fight in next year’s election and with the traditional right and left parties still in disarray, far-right leader Marine Le Pen may well be his main opponent again. Beaune has been leading the attacks against her.

She calls him “the anti Le Pen junior minister.”

Le Pen may have abandoned her unpopular pledge to leave the euro since the last time she and Macron faced off in 2017, but while the president is an ardent EU supporter with a sweeping agenda to enhance integration, Le Pen remains a staunch critic of the bloc. And she is seeking to capitalise on unhappiness over its sluggish vaccine rollout and disorganised response to border closures during the initial stages of the coronavirus crisis.

The debate over the EU is indeed live in France, with one recent poll showing 58% of the French having lost confidence in the union.

The issue can cause tension on the personal level, too. Beaune’s left-wing father, an eminent scientist, is no longer happy with the EU because it is too “neoliberal” and not good enough at protecting social safety nets. Beaune dismisses the criticism, pointing to unprecedented public spending during the pandemic. It is a topic he mostly avoids at dinners.

Back in 2014, Beaune advised Macron when he was economy minister. He was later part of the presidential campaign team and in 2017 helped write the speech in which the French leader laid out his vision for enhanced European integration. Last year, Beaune was at Macron’s side to reach a Franco-German agreement that brought Europeans closer to greater fiscal unity by raising common debt —  its success propelled Beaune in July from adviser to the ministerial post.

Now aged 39, Beaune is in the limelight.

Though Macron is broadly centrist, his La Republique En Marche! party includes ministers at opposite ends of the political spectrum. Beaune is seen as representing the Left-leaning faction and could appeal to voters alienated by his conservative peers, and the president’s own tack to the Right.

Beaune says he would probably quit politics if Macron does not win in April 2022, and would leave the civil service altogether if Le Pen becomes president. The risk of her being elected is real, he says. Polls show Macron winning against her in the second round, but the gap is narrower than in 2017 when he won by 32 percentage points.

Close to the president

The minister is known for being accessible as well as close to Macron, and European diplomats and CEOs often reach out to get a sense of the president’s thinking.

In his large office with a 1970s vibe at the ministry of foreign affairs on the Seine’s left bank, Beaune displays an image of Macron’s desk taken the day they negotiated the Franco-German accord.

Beaune often trolls EU critics on social media, calling Le Pen a liar, mocking the English motto of her party, “Save Europe” and reminding UK Prime Minister Boris Johnson that he once promised to protect the Erasmus programme (and did not).

He also posts weekly videos of himself on Twitter explaining how the EU works and has indulged in clubbing diplomacy with Luxembourg’s prime minister in the gay Paris neighbourhood of Le Marais.

As France takes over the rotating presidency of the EU in 2022, Beaune will be at the forefront of Macron’s campaign for the Elysee. He has to resist European demands for the French government to carry out the domestic reforms it promised to rein in public finances. These pledges — including Macron’s flagship pension reform — were halted amid the pandemic to avoid people loosing further purchasing power, and are no longer a priority in Paris.

Beaune is also there to nudge the EU commission to loosen its screening of state aid, and make sure it understands the domestic political constraints in which Macron operates, people close to him said.

Regarding so-called equivalence, Beaune said he thinks the EU may grant some form of rulings to the London financial sector that could allow it to keep operating in Europe, but warned they will be limited.

“Brexit doesn’t weigh on the UK’s competitiveness, nor on its financial sector, I don’t believe in that, but it does create uncertainty,” he said. “By contrast, the EU brings certainty and a form of stability.”

Guterres calls for ‘paradigm shift’ to recover from COVID setbacks