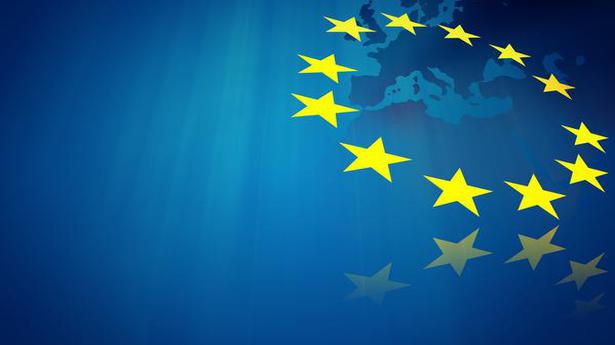 COVID-19, Brexit and international tensions have unsettled the European Union and exacerbated its internal discords

After its invitation to British Prime Minister and arch-Brexiteer Boris Johnson to visit India, New Delhi plans to start negotiations on investment and trade agreements with the European Union (EU). These are likely to run into the same problems as the discussions that began on a comprehensive free trade agreement in 2007 but were aborted due to differences on movement of professionals, labour, human rights and environmental issues and India’s high tariffs, inconsistent tax regime and non-payment of arbitral awards. Before COVID-19 and Brexit, the EU had the same GDP as the United States and was one of India’s major trade and investment partners. Being the largest democracies and unions of linguistically, culturally and ethnically diverse States, both the EU and India are well suited for a special relationship, but the reality is that the status is one without any spark of mutual chemistry.

The EU now finds itself in an unusually turbulent situation. COVID-19, Brexit and international tensions caused by former U.S. President Donald Trump have unsettled the EU and exacerbated internal discords. The crises of 2020 obfuscated the structural lack of unity in the EU, because despite its desire for greater integration, it faces obstacles from adherence to the rule of law to a strategy for dealing with China, Russia, Turkey and Iran. After months of tortuous negotiation over Hungary and Poland’s objections, member States finally agreed on a long-term budget and a COVID-19 recovery package of $2 trillion. The two countries had opposed anti-COVID-19 support being linked to good governance, in particular, accusations of suppression of human rights and lack of independence in the judiciary.

The EU’s attempt to condition its budget on the rule of law during the pandemic and recession only sharpened the emphasis on the veto power to which every member State is entitled. Apart from the two main defaulters, many others also resiled on civil liberties, making the option of approving COVID-19 recovery funds by excluding the dissenters a proposition that would have risked a dangerous controversy on how united the EU should be.

It was not only Britain that spawned a populist movement agitating to leave the EU. Europe’s many Eurosceptic parties now focus on preventing closer unity, which has been lacking on the eurozone and migration crises and implementing COVID-19 lockdowns. Elections are due in many EU States, including Germany and the Netherlands, which both have strong Eurosceptic movements. The Alternative für Deutschland (Alternative for Germany) is the official opposition in Germany, while in the Netherlands, Geert Wilders leads the largest opposition party.

The fear of Eurosceptic parties forces mainstream politicians, as in Britain, to adopt populist rhetoric. Dutch Prime Minister Mark Rutte and French President Emmanuel Macron have criticised Islam and anti-secular immigrants, a pattern repeated in other EU countries including Germany, the Czech Republic and Austria.

Trump and a recalibration

The Trump presidency forced Europe to reassess its relationship with America, which stimulated the EU’s drive for greater self-reliance in security, economics, supply chains and climate change, and an attempt to emerge as a major global pillar alongside the United States and China. While there is relief that the U.S. may now be more predictable, Europe will resist taking sides in any U.S.-China tug of war. This is underlined by the EU-China Comprehensive Agreement on Investment concluded after minimal consultation with Washington.

A common security and defence policy also causes division. Mr. Macron would like to see Europe take greater control of its security, but Germany, the Netherlands, Portugal and others are uncomfortable with the prospect of building larger military capabilities, and remain content with security being subsidised by the North Atlantic Treaty Organization and the U.S. while they continue to engage in profitable business with China and Russia.

Comment | The sum and substance of the EU’s China dilemma

The COVID-19 pandemic led to riots in the Netherlands for the first time in 40 years, and the resignation of the Italian Prime Minister. It also introduced divisive vaccine nationalism into the Union. The EU hoped that its central vaccination procurement would be a symbol of solidarity, although initially some members closed their borders, Germany and France restricted exports of personal protective equipment, and there was suspicion by some about the motives of others that were hosts to big vaccine producers. Those fissures are now overshadowed by the EU’s procurement programme for the bloc from Astra-Zeneca, Moderna and Pfizer, which warn that vaccines cannot be delivered as scheduled due to production problems despite advance payment, and the anticipated shortfall will be up to 60% in the current year’s quarter. Lately, it transpires that the German government, ostensibly a strong advocate of European solidarity, had negotiated a separate vaccine contract with Pfizer in September last year.

For the EU to resolve these innumerable and diverse problems without further widening existing ruptures will require enormous political will and adroit skill. Trade agreements with India will be the least of its problems.