First country rolls out AstraZeneca-Oxford vaccine as EU faces challenges with its inoculations. 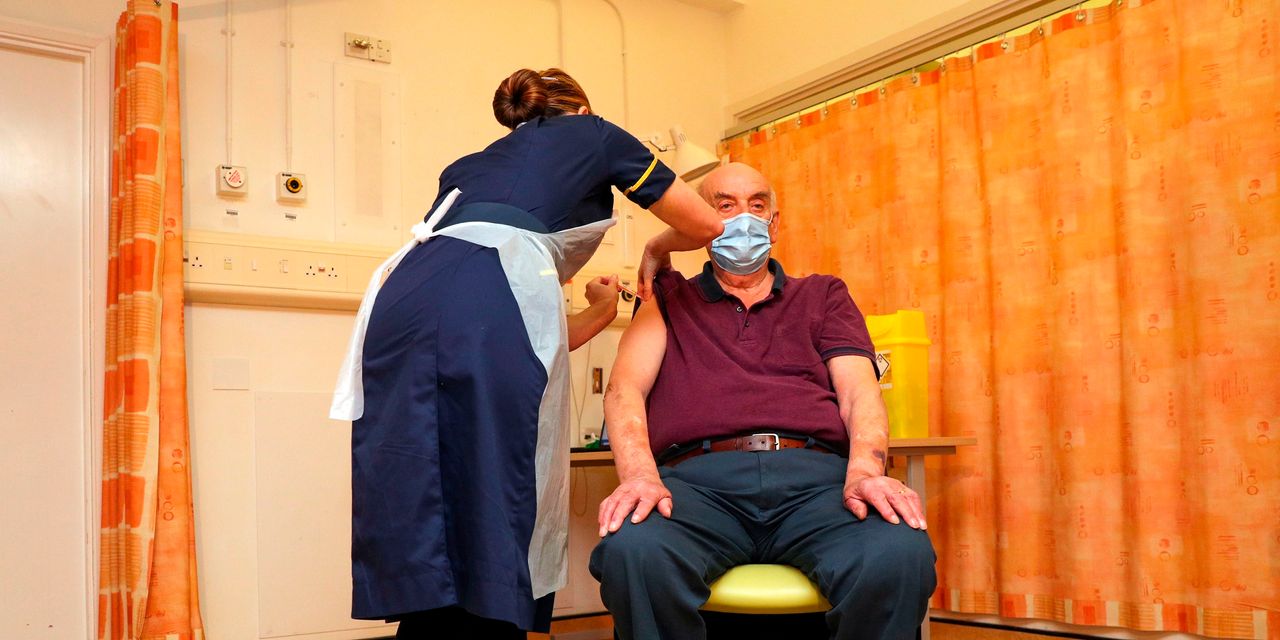 An 82-year-old dialysis patient on Monday became the first person in the world to receive the COVID-19 vaccine developed by AstraZeneca
AZN,

and the University of Oxford since it was approved for use in the U.K., which is battling a rapid rise in the number of coronavirus cases.

Brian Pinker, a retired maintenance manager, was given the shot at 7:30 a.m. GMT from nurse Sam Foster at Oxford’s Churchill Hospital. “I am so pleased to be getting the COVID vaccine today and really proud that it is one that was invented in Oxford,” Pinker said in a statement issued by the National Health Service.

More than half a million doses of the vaccine from drug company AstraZeneca
AZN,

and the University of Oxford shot will be available from Monday, with tens of millions more to be delivered in the coming weeks and months once batches have been quality checked by the regulator, the government said.

The U.K. government has secured access to 100 million doses of the AstraZeneca–Oxford vaccine, which was authorized for emergency use by the Medicines and Healthcare products Regulatory Agency, or MHRA, on Dec. 30.

Shots will be delivered at 730 vaccination sites already established across the U.K., with others opening this week to take the total to more than 1,000, the government said in a statement.

“This is a pivotal moment in our fight against this awful virus and I hope it provides renewed hope to everybody that the end of this pandemic is in sight,” said health secretary Matt Hancock.