Britain, EU tell each other to give way in trade talks 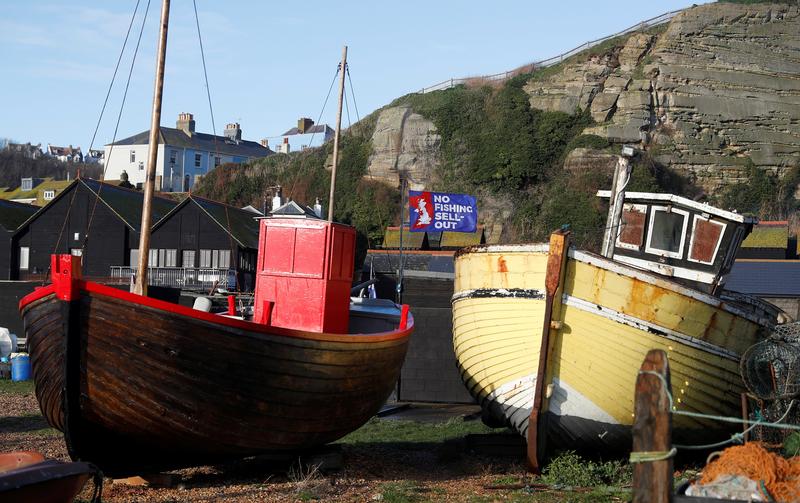 LONDON (Reuters) -Britain insisted on Sunday that the European Union should budge to open the way to a new, post-Brexit trade pact, drawing a swift response from the bloc’s negotiator defending the union’s right to protect its interests.

With less than two weeks before Britain leaves the EU’s orbit, both sides are calling on the other to move to secure a deal and safeguard almost a trillion dollars worth of annual trade from tariffs and quotas.

Talks to reach a trade deal have been largely hamstrung over two issues – the bloc’s fishing rights in British waters and creating a so-called level playing field providing fair competition rules for both sides.

“We want these talks to reach a positive conclusion, of course I want a deal, I think everybody wants a deal,” Hancock told Sky News. “Unfortunately, the EU have put in some unreasonable demands … I am sure a deal can be done but obviously it needs movement on the EU side.”

Britain left the EU on Jan. 31 and has been in a status-quo transition period since then. That expires at the end of the year when Britain will leave the bloc’s customs union and single market.

“The EU remains committed to a fair, reciprocal and balanced agreement. We respect the sovereignty of the UK. And we expect the same,” he said.

“Both the EU and the UK must have the right to set their own laws and control their own waters. And we should both be able to act when our interests are at stake,” he added.

The EU wants to be able to impose trade barriers should the UK change its regulations to offer substandard goods on the bloc’s market of 450 million consumers in the future. London sees the specific proposal to that end as going too far.

On fisheries, the bloc also wants the right to retaliate by curbing UK market access should Britain squeeze EU ships out of its waters. London says it will become an independent coastal state from 2021 with full control of its waters.

Prime Minister Boris Johnson, the face of Britain’s 2016 campaign to leave the EU, has long said he cannot accept any deal that does not respect the country’s sovereignty, a goal that was at the heart of his election last year.

But the EU is equally determined to protect its lucrative single market and wants to prevent London securing what it considers to be the best of both worlds – preferential market access with the advantage of setting its rules.

There is little time left. On Saturday, the European Parliament repeated its call for a deal to be reached no later than this weekend, to give it time to properly ratify the agreement.

The EU has long said it wants to safeguard the parliament’s right to exercise democratic oversight, but if an agreement arrived later than this weekend, the bloc’s 27 member states could still endorse it on their own.