France: is it all about so-called Political Islam? 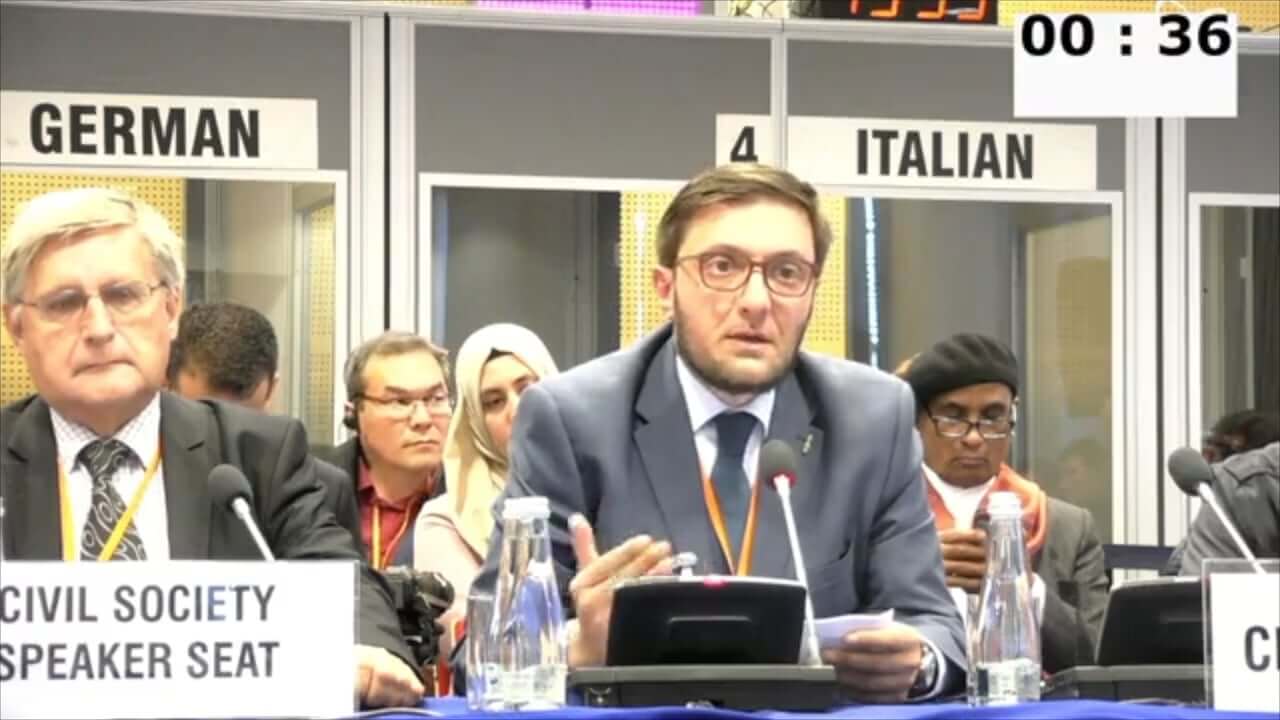 The Proposed Anti-Separatism Law and the International Obligations of France: is it all about so-called Political Islam?

France is a member of International organisations and indeed a country where the rule of law, democracy and the respect of human rights are fundamental principles of the “République”.

Likewise France is a country with a very diverse population from several backgrounds and belonging to several different linguistic, ethnic and indeed religious or spiritual traditions or none.

President Macron and the Premiere Dame and a number of French politicians have defended the, arguable to say the least, right of Charlie Hebdo to insult the religion of Islam repeatedly by depicting the Prophet of Islam Mohammed, and by insulting the Turkish President Erdogan, and by insulting the religious sentiments of many religious and spiritual groups as such in a number of occasions. All of this in the name of the sacrosanct right to Freedom of Expression.

Article 9 of the European Convention on Human Rights – Freedom of thought, conscience and religion “1. Everyone has the right to freedom of thought, conscience and religion; this right includes freedom to change his religion or belief and freedom, either alone or in community with others and in public or private, to manifest his religion or belief, in worship, teaching, practice and observance. 2. Freedom to manifest one’s religion or beliefs shall be subject only to such limitations as are prescribed by law and are necessary in a democratic society in the interests of public safety, for the protection of public order, health or morals, or for the protection of the rights and freedoms of others.”

Art. 9 ECHR should be read in conjunction with art. 2 Protocol 1 to the Convention which reads as follows:

Arguing that some groups and specifically “Political Islam” tend to isolate within the society and from the society and that a legislation is needed to prevent that from happening, and such legislation causes also to prevent private entities from setting up or to carrying out their activities, or prohibiting home-schooling, is probably not the best answer to problems that may exist from a democratic country like France, considering that France has a set of laws, including also criminal laws, to prevent and tackle extremism, terrorism and any other forms of delinquency whatsoever.

So the wonder is: what is the real agenda behind this proposed legislation? and who is behind such?

Where does it come from? Have we seen anything like this in the past in France?

Well there’s an organisation called FECRIS in France which is funded by the French Government and that advocates, all over the world, the fight against minority groups, derogatorily called cults (sectes in French). FECRIS doesn’t care about the International Human Rights obligations of France and regularly requests the International Organisations to ban Human Rights Organisations advocating Freedom of Religion and Belief from their premises and to stop interacting with them, e.g. FECRIS at the OSCE Human Dimension Implementation Meeting in Warsaw.

The belief that behind this legislation there may be both the FECRIS and those sharing the same views, may be a legitimate possibility, at least, if we consider that very often the fight against Islam, whether the so-called Political or non Political one, goes hand by hand with the fight against cults.

The proposed legislation may just be a Trojan horse aimed at fighting against extremism but with the real intention to fight against minorities considered as cults – this could be just my own personal opinion and speculation if the Minister Madame Marlène Schiappa had not stated, in an interview she gave to the newspaper Le Parisien, as follows:

“we will use the same measures against the cults and against radical Islam”.

The United States bipartisan organisation USCIRF, US Commission on International Religious Freedom, has warned that FECRIS is an organisation that threats the human rights of minorities and recommended, inter alia, as follows:

“Counter propaganda against new religious movements by the European Federation of Research and Information Centers on Sectarianism (FECRIS) at the annual OSCE Human Dimensions Conference with information about the ongoing involvement of individuals and entities within the anti-cult movement in the suppression of religious freedom.”

To me it is clear that the proposed legislation if passed would mean a serious drift from the International legal obligations of France, first and foremost the ECHR and its fundamental freedoms and human rights.

The rule of law requires attention and intervention and indeed the extremist activities of any group must be prevented and fought against with all necessary means – but erasing the International obligations that ensure the respect of human rights and fundamental freedoms belonging to everyone is not the answer but only an excuse for other ends. The present law is the natural consequence of law no. 504 of 2001 on the prevention and suppression of cultic movements and of her sister law no. 228 of 2004 aimed at suppressing the right to show religious symbols in public places, both of which are a serious concern for a European democracy.

We hope that, while we are fighting against two viruses, the Covid-19 and the virus of intolerance, the actions recommended by the USCIRF Report may be implemented very soon and also be only the beginning of a series of further actions to contrast these hate experts, and finally guarantee everyone their right to freedom of thought, conscience, religion and belief.

Alessandro (Alex) Amicarelli, a member and director of Obaseki & Co Ltd - Obaseki Solicitors Law Firm in London - is a solicitor of the Senior Courts of England and Wales, and a barrister of Italy, specializing in International and Human Rights Law and Immigration and Refugee Law, dealing also with investments and sustainable development and international cooperation too.