Opinion—Books you should read this spooky season 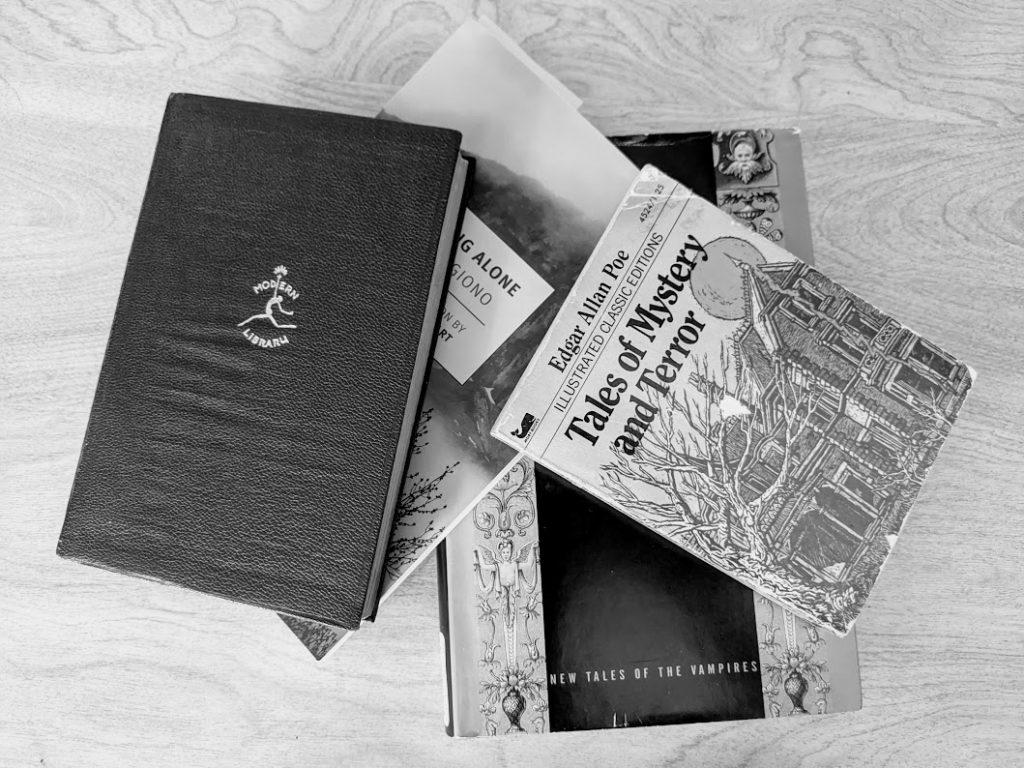 Spooky season is upon us and this year the scariest entity is not a ghost in the basement, but a virus preventing further in-person scares. While those Halloween party invites are flooding your DMs, it may be worth considering sitting out this season and staying inside with a scary book or two.

For all those trick-or-treat and fight or flight triggers you want in one package, the nostalgic series “Scary Stories to Tell in the Dark” by Alvin Schwartz is exactly what students need to relive their childhoods. These books always found their way into grade school scholastic book fairs and libraries, and into the hands of children likely far too young to read them.

For more existential scares H.P. Lovecraft’s work may be more well suited. Those who enjoy anthologies, consider picking up “The Thing on the Doorstep” by Lovecraft. If the pages gilded in black are not enough, the short stories inside offer psychological, paranormal and existential terrors grand enough to darken anyone’s night. Lovecraft’s writing offers a glimpse into older horror story structures and origins of many classic horror tropes with hideous monsters and eldritch abominations. His work often dwells in the fantastical, unlike the writings of arguably the most prominent horror and thriller writer of present, Stephen King.

King has a plethora of horror stories to read and digest, but for halloween night, “The Shining” is an excellent choice. It brings readers through the horrors of reality by use of its depictions of addiction and abuse. The later parts of the novel leaks into the paranormal as the many deaths within the hotel where the story is set become uncovered by the central character, Jack Torrance, who descends into his own madness. The movie has an altered depiction of the story, so there are still many surprise spooks to be had while reading, even if you’ve already seen the film adaptation.

I have a massive soft spot for fantasy and sci-fi writing, having read through the collection “A Song of Ice and Fire” twice. I cannot recommend more strongly the short novel by George R.R. Martin, “Nightflyers.” The story follows a ship ostensibly with no captain that picks up several travelers and sets off into space. The occupants soon realize there is something haunting the ship and they must survive the evil entity. The illustrated edition is less than 200 pages and could be finished in a single sitting, perfect for a quiet night in.

Many have heard of “Fahrenheit 451,” but the author Ray Bradbury wrote several darker tales that differ largely from his famous dystopian novel. “Something Wicked This Way Comes” and “The October Country” offer a look into older settings of horror. “The Illustrated Man” is another collection of short stories that are not so horror based, but leave readers with a frightening dystopian feeling of what the world is becoming. The collection was published in 1951, yet it is able to convey concerns over technology becoming increasingly relevant to modern day life, with its portrayals of things like entire walls able to project images and scenes, or autonomic homes.

The temptation to escape the confines of an apartment or dorm room and not miss the scariest holiday of the year is high, but we must consider the health and safety of others as well as ourselves. Staying indoors and reading is not the most exciting option to many people, but it is a safe alternative that can also feel rewarding. There is a unique experience waiting in the pages of all of the aforementioned books, and each one which will leave readers questioning those inconspicuous sounds in the middle of the night.

Editor’s Note: The North Wind is committed to offering a free and open public forum of ideas, publishing a wide range of viewpoints to accurately represent the NMU student body. This is a staff column, written by an employee of the North Wind. As such, it expresses the personal opinions of the individual writer, and does not necessarily reflect the position of the North Wind Editorial Board.

Check out these spring book releases about birds, gardening and the outdoors
Associated Press 24 April 2021

Check out these spring book releases about birds, gardening and the outdoors