EU farmers boss: Farm to Fork to be revised, if negative impact was proved

EU farmers boss: Farm to Fork to be revised, if negative impact was proved

The European Commission’s new food policy should be reviewed if a future impact assessment shows that it will negatively affect farmers, the newly-elected chair of farmers association COPA, Christiane Lambert, told EURACTIV.com.

A livestock farmer with more than 40 years’ experience under her belt, Lambert has been a strong farming advocate from a young age.

Elected in 2017 as the first woman at the helm of the French farmers’ union FNSEA, last week (18 September) she was also named president of COPA, which is the voice of European farmers in the Brussels bubble.

In an exclusive interview after her election, she stressed the need to align agriculture with environmental objectives, lending support to the EU’s pivotal Farm to Fork (F2F) strategy, but cautioning against what she described as the “dogmatic” targets set in the strategy.

According to her, it is necessary to connect these figures to the capacity of the market. “For instance, when the strategy reads 25% of [total farmland being used for] organic farming: will European citizens really eat 25% organic production?” she questioned.

Lambert also regretted the lack of an initial impact study to accompany the unveiling of strategy.

“Without an impact assessment, no decision can be made. And if negative aspects come up, they must be reviewed in the strategy,” she added.

A similar remark was made by Agriculture Commissioner Janusz Wojciechowski, who has opened the possibility of revising F2F ambitious targets at a later stage if food security is threatened.

“If it were to become apparent that the achievement of the objectives set out in this strategy threatens both food safety and the competitiveness of our agriculture, then these objectives would have to be revised,” he said speaking before the French Senate in July.

For Lambert, farmers must be considered as key actors in the potential revision of the strategy in order to ensure that there are realistic and achievable objectives compatible with Europe’s food export and supply chain.

She also spoke about the need to counter a rising “agribashing” that has been seen across the EU, saying that there is a need to engage directly to society in a civil dialogue with the media, social networks and think tanks to position farmers as guardians of the environment, rather than enemies.

“Farmers are not enemies of the environment – on the contrary, they are the ones who help protect it,” she stressed, saying she has made it her mission to champion everything that agriculture brings to the EU, including food security, health and employment and vitality to rural areas.

“As food security has begun to appear as something very valuable, it must be said strongly that we owe it to the CAP, which has enabled us to produce in quantity and quality,” she said.

Expressing her disappointment that agriculture did not merit a mention in Commission President Ursula von der Leyen’s first State of the Union speech last week, she emphasised that one of her main goals as President of COPA is to make a “State of the Agricultural Union”.

Environmental, as well as socio-economical uncertainties in the farming sector, accumulate and farmers are restless because of this increased unpredictability, according to Lambert.

In order to face the uncertainties coming from trade, Lambert was clear that agriculture must be placed front and centre of debates on international trade agreements.

“Food is strategic, there are products we need such as exotic products, coffee or soya, but we need relationships to be open and equal,” she said.

However, she cautioned that the opening of borders may put the EU in competition with countries that do not have the same production rules.

“We have the impression of putting a heavyweight and a featherweight in a boxing ring. We compete, but we already know from the beginning that we will lose,” she warned, stressing that the EU cannot let products in from countries where there are not common standards.

“We must remain vigilant to ensure that the premium rules imposed on European producers lead to reflection on trade negotiations,” she said, especially in relation to the draft agreements with Mercosur or Oceania. 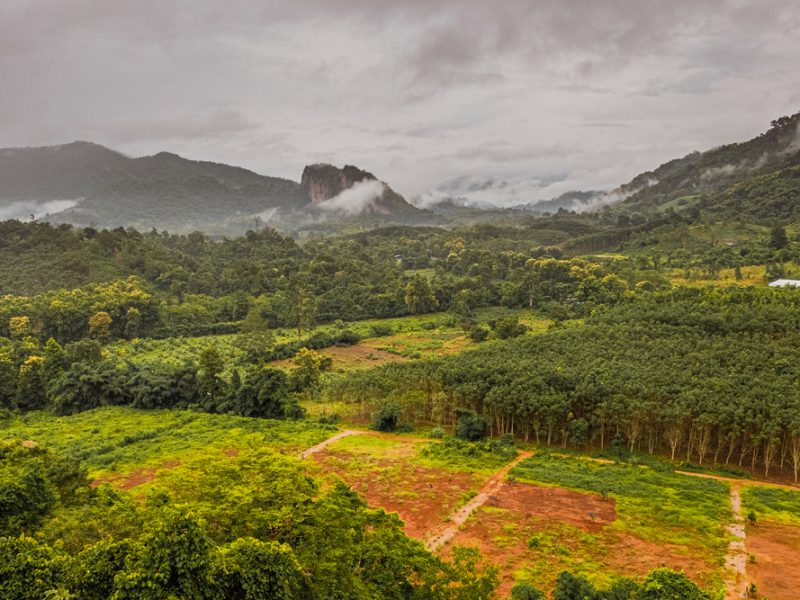 Asked about the battle raging on between France and Italy on nutritional front-of-pack foodstuff labelling, Lambert said that although she does not know what will be the choice at the EU level in the end, it is true that many consumers are demanding for more information.

In this regard, she highlighted that origin of food labelling is a strong demand from consumers, even more than the Nutri-score.

Her association, COPA-COGECA, has recently joined the ranks of discontent with the system proposed by the French, backing Italy’s bid against any colour-coded nutritional labels, such as the Nutri-score.