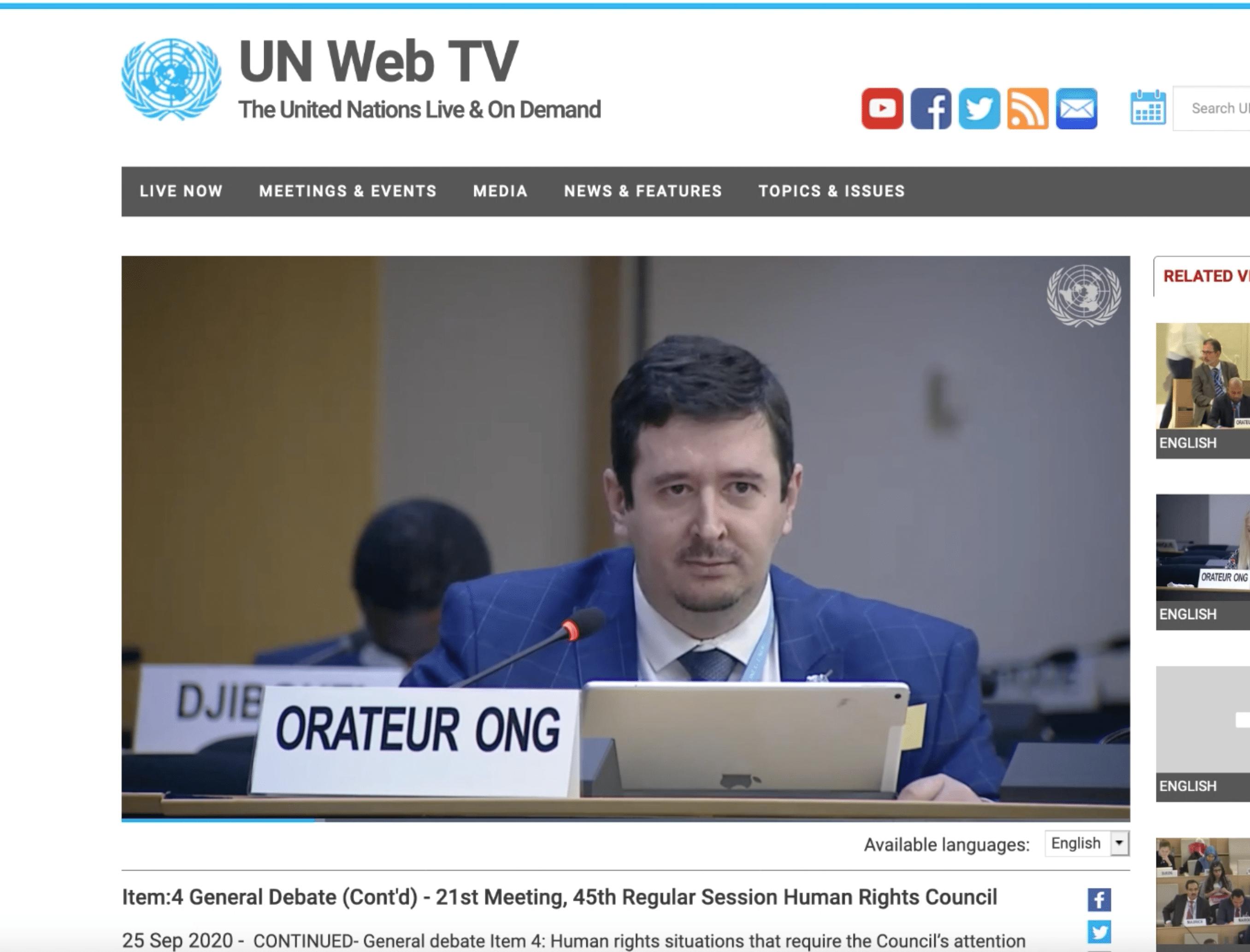 Scientologists celebrate the 50th anniversary in Germany and request the UN to launch an investigation on Germany for violating their religious freedom.

Geneva/Munich, Sept 27th – As Scientologists celebrate the 50th anniversary of the German Church of Scientology and its peaceful and fruitful social actions to the benefit of German society, the representative of the European Church requests the UN Human Rights Council to launch an investigation on Germany for violating their Freedom of Religion.

Founded in a villa in the south of Munich in 1970, the Scientology community quickly became the central institution for the entire German-speaking region. To this day, the Munich “Mother Community” is one of the larger organizations of its kind in Europe.

Initially based in Munich-Harlaching, the Church of Scientology needed larger premises by August 1972 and moved to the center of the city to Sendling on Lindwurmstrasse.  which soon became too small as well. In January 1982, it moved into its own building in Munich-Schwabing.

Speakers at the anniversary event emphasized the pioneering work of Scientologists from the first hour. It did not take long since its establishment in Germany, that some people in the government started to discriminate against a growing and socially involved community. Nonetheless, Scientologists did not stop the practice of their religion and continued their peaceful social endeavors such as their fight against drugs, their support of the Constitution, and the promotion of Human Rights.  In defending their religious freedom rights, they have won their recognition as a religious movement by dozens of German courts at various levels.

Veteran Scientologists that participated at the celebration emphasized that “spiritual freedom – despite the well-known resistance from established “vested interests” – could never be suppressed and that all such attempts were doomed to failure”.

In the week in which this celebration is taking place, Scientologists have not lost sight of the opportunity to continue their battle for Freedom of Religion or Belief. In this regard, Ivan Arjona, the European representative of the Church, and founder of the UN-recognized Foundation of the Church [Fundacion para la Mejora de la Vida, la Cultura y la Sociedad], took the issue to the 45th Session of the UN Human Rights Council.

“invites Germany to celebrate this week the 50th anniversary of the establishment of the Church of Scientology in their country, and so stop all discrimination and violations of Freedom of Religion or Belief by the authorities against Scientologists”.

Arjona also reminded the Germany representative to the UN that

“Over the past three decades, dozens of German courts have condemned the actions of the government against Scientologists at different levels and recognized their rights as per Article 4 of their Constitution”

“despite the decisions of their judicial powers, for practically 50 years the German executive powers continue to ignore these decisions, and have violated, and still violate today, the rights of this religious minority”.

The statement continues to remind Germany that Independence of Powers does not mean ignoring judicial decisions just to continue ostracizing the members of a minority religion and because of that, Arjona requested the Human Rights Council, to launch an investigation on Germany for violating the Freedom of Religion or Belief.

Scientologists say that German Churches of Scientology are probably the only religious community to have adopted a “Declaration of Principle for Human Rights and Democracy” and accepted it as part of their statutes.

Scientology was founded in 1952 by humanist and philosopher L. Ron Hubbard and opened its first Church in Germany in 1970 in Munich. There are today nine Churches of Scientology in Munich, Stuttgart, Frankfurt, Düsseldorf, Berlin, Hannover, and Hamburg, along with numerous missions and smaller groups throughout the country.

Press Release: The EU is yet to fully exploit the potential of its agencies

Nearly 70 percent of people in 14 countries say climate change is as big a threat as the spread of infectious disease.

Press Release: The EU is yet to fully exploit the potential of its agencies