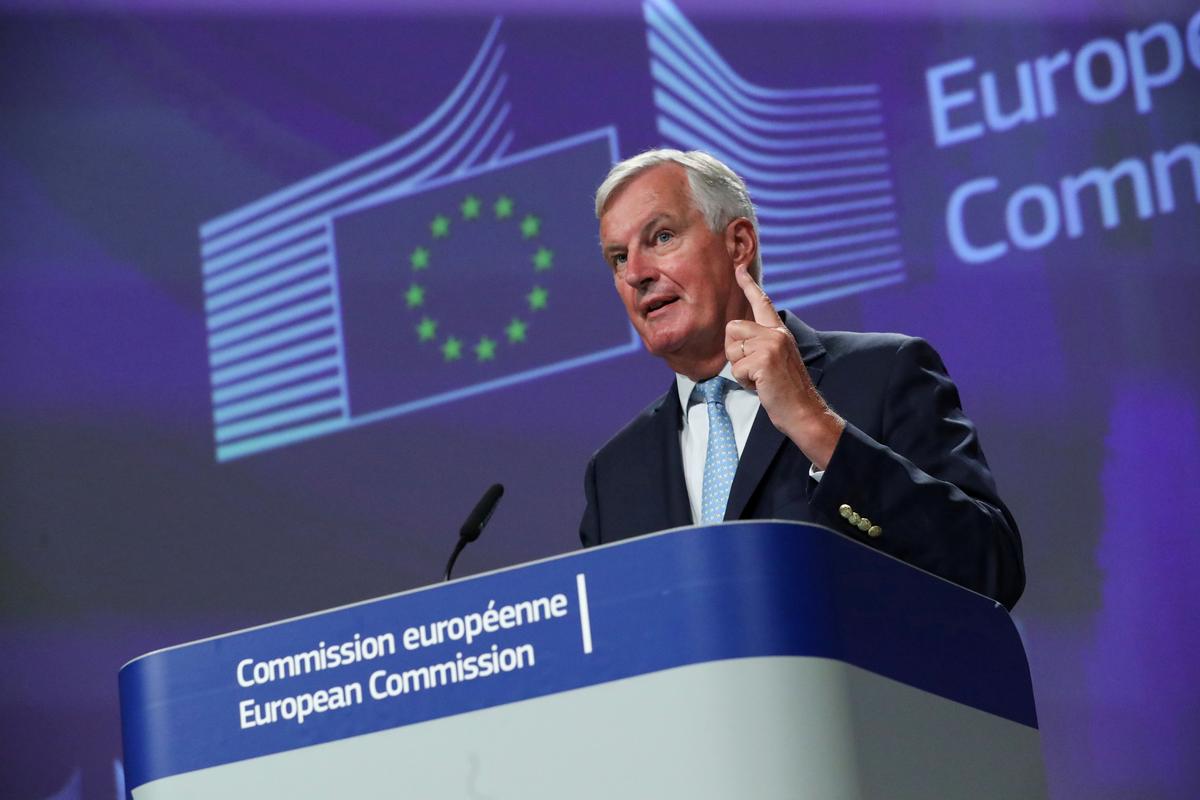 LONDON (Reuters) – Britain will not blink first in Brexit trade negotiations with the European Union and is not scared of a no-deal exit at the end of the year, the country’s top Brexit negotiator warned the bloc on Sunday.

Britain left the EU on Jan. 31 but talks have so far made little headway on agreeing a new trade deal for when a status-quo transition arrangement ends in December.

“We came in after a government and negotiating team that had blinked and had its bluff called at critical moments and the EU had learned not to take our word seriously,” negotiator David Frost told the Mail on Sunday.

“So a lot of what we are trying to do this year is to get them to realize that we mean what we say and they should take our position seriously,” he was quoted as saying.

Talks are due to resume in London on Tuesday but they have stalled over Britain’s insistence that it have full autonomy over state aid and its demands over fishing.

Britain says the EU is dragging its feet in talks and has failed to fully accept that it is now an independent country.

“That’s what being an independent country is about, that’s what the British people voted for and that’s what will happen at the end of the year, come what may,” Frost said.

At heart, Britain is pressing one of the EU’s most sensitive buttons – the fear that a post-Brexit Britain could become a much more agile, deregulated free-market competitor on its border by using selective state aid.

“We cannot have a situation where the UK essentially is allowed to deregulate its economy to create competitive advantage in terms of reducing the cost base of doing business or indeed providing more state aid than is available in the EU single market and therefore creates competitive advantage that it’s looking to trade into tariff-free and quota-free,” Irish Foreign Minister Simon Coveney said.

“Why would the EU ever facilitate that?” he said.

Frost said a lot of preparation had been done for a possible exit without a trade deal.

“I don’t think that we are scared of this at all,” Frost said. “If we can reach an agreement that regulates trade like Canada’s, great. If we can’t, it will be an Australian-like trading agreement and we are fully ready for that.”

Reporting by Guy Faulconbridge in London and Padraic Halpin in Dublin; Editing by William Schomberg and Mark Potter